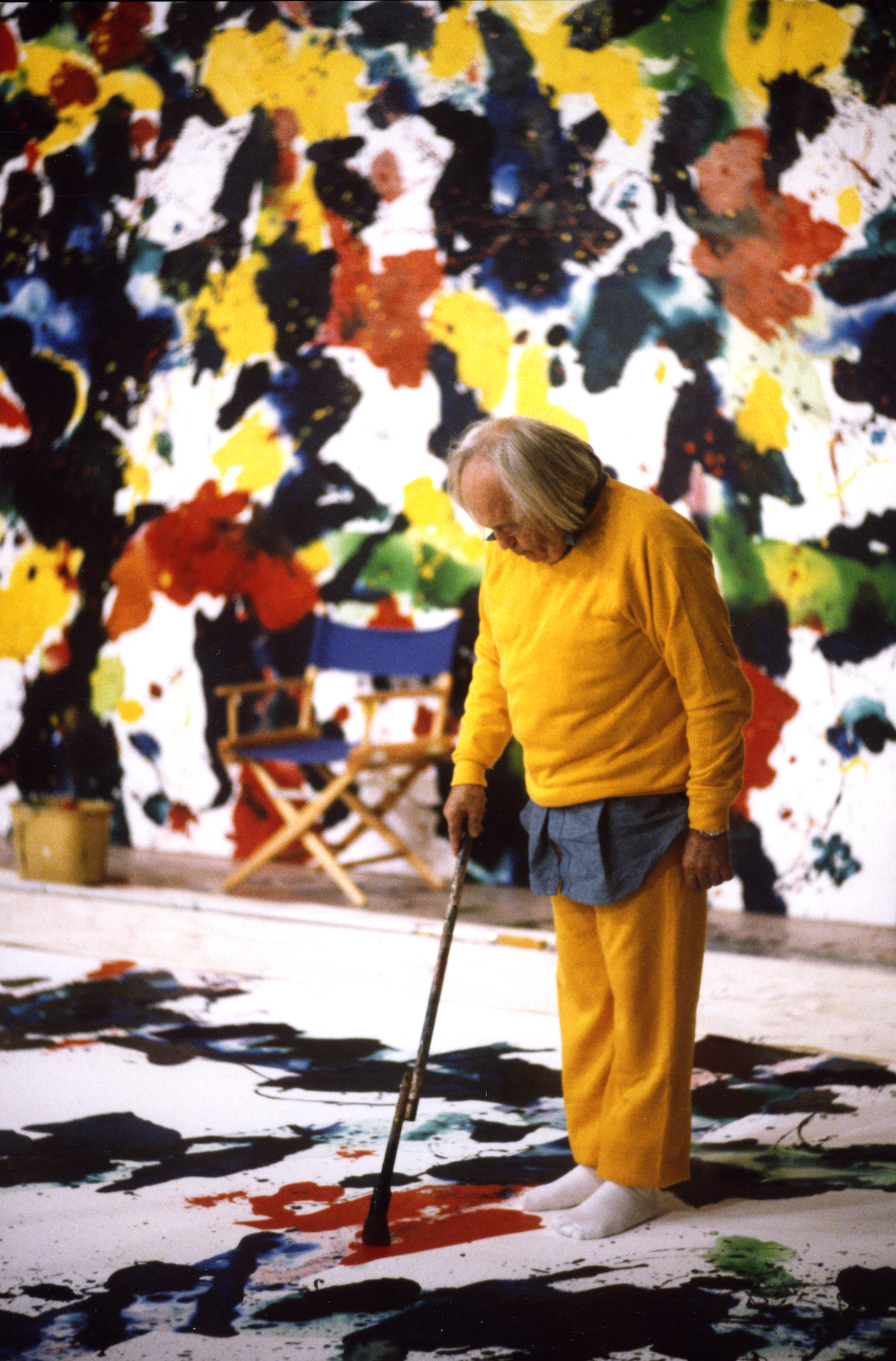 In the research process of creating the three films about Sam Francis, filmmaker Tiana Alexandria Williams conducted extensive interviews with Francis’s family, curators, mentees, employees, and collaborators. Williams also collected detailed information and archival images of sites important to Sam Francis and his influence in Santa Monica, including his West Channel home, Broadway studio, and Litho shop. Collected here are clips of these sites, and those who knew and worked with Francis most closely during his lifetime, which have all been added to the Culture Mapping 90404 map.

This documentary series is a collaboration between 18th Street Arts Center and the Sam Francis Foundation.

The docuseries episodes and accompanying oral histories will go live on February 25, 2022 at 12pm PST, accompanied by a Facebook livestream. Please visit on or after that date to view the clips below.

The former home of abstract expressionist Sam Francis. The location was previously owned by actor and filmmaker Charlie Chaplin, where he used the outhouse for the storing of firehouse engines. Francis purchased and commissioned the home and adjacent property for renovation in 1964, turning the outhouse into his home studio. The remodeled home was heavily influenced by Japanese architecture and concepts of spacing. Francis lived in the home until his passing in 1994.

Paul Cummins, the former director of Crossroads School and the founder of New Roads School in Santa Monica, reflects on his memories of abstract expression Sam Francis, and discusses the inspiration behind naming of the Sam Francis Conference Room.

Nancy Mozur, former bookstore manager at the C.G. Jung Institute in Los Angeles, discusses the purpose of the great changes she witnessed in the community the Institute served.

Nancy Mozur recalls the origins of the Litho Shop, a print shop that abstract expressionist Sam Francis opened in 1970, becoming a center for experimentation for Sam Francis and other artists in Santa Monica. The workshop remained at this location from 1970 until 1976 when the shop relocated to Francis’ studio on 2058 Broadway.

Printer and publisher Jacob Samuel discusses the various printing experimentation he conducted with artist Sam Francis during his time working at the lithography workshop.

The Lapis Press was a publishing house, established by artist Sam Francis in 1984 at his lithography workshop. Writer and artist Jaime Robles discusses the letterpress printing technique used at the publishing house.

Robert Shapazian, founding director of the Gagosian Gallery, reflects on his relationship with the artist Sam Francis and the origins of The Lapis Press, where Shapazian worked as the director.

Artist Dan Cytron discusses his experience with gessoing Sam Francis’s monumental 24-by-36-foot painting, Berlin Red. Francis was commissioned to do the painting by the Neue Nationalgalerie in 1968. The painting was started and completed at the Ashland Studio – a studio that Francis shared with artists Richard Diebenkorn and Charles Garabedian.

Tiana Alexandria Williams is a filmmaker, researcher and activist archivist. She received her Bachelor of Arts in Cinema and Digital Media and African American Studies from UC Davis and is currently pursuing her Master of Arts in Cinema and Media Studies at the University of Southern California. As a McNair Scholar, she conducted an original oral history-based research project that investigated the prisoners’ rights movement of the 1970s by reviving and analyzing archival materials. This experience inspired her to become more engaged with activist praxis as she produced social justice centered documentaries, helped build a radio program that dealt with confronting America’s mass incarceration crisis, and worked with KALW Productions in teaching journalism and radio production to incarcerated men inside Solano State Prison. Her work overall leverages oral history methodologies, critical race theory and abolitionist praxes to combat the suppression of liberatory narratives within the archive.

ABOUT THE SAM FRANCIS FOUNDATION

Building on Sam Francis’s creative legacy, the Sam Francis Foundation is dedicated to the transformative power of art as a force for change. Our stated mission is to further a greater understanding of Sam Francis’s art and ideas through a broad array of programs and activities designed to educate, inform, and catalyze new thinking about the importance of creativity in society.

This project was made possible by support from the Sam Francis Foundation, and the tireless work of Debra Burchett-Lere and Beth Ann Whittaker. Many thanks to those who were interviewed, including Osamu Francis, Shingo Francis, Jeff Perkins, Nancy Mozur, Debra Burchett-Lere, Leslie Jones, Jacob Samuel, Paul Cummins, Jaime Robles, Robert Shapazian, Dan Cytron, and Gabrielle Selz.