As trees sway in the cool ocean breeze coming up Bay Street, small wooden houses burn as groups of people watch, cleared out to make way for the Civic Center. The once vibrant neighborhood of Belmar is now a desolate landscape that holds various stories buried beneath its corporate facade.

We can still see the last shotgun house. They used to fill the city back in the 1800s when the first Santa Monicans began to settle here. Over time, these neighborhoods of shotgun houses, particularly those that were black and brown neighborhoods, were targeted as blight in need of clearing. In the 1950s, the city embarked on a “Build America Better” campaign, and focused on the neighborhood Belmar Place to make way for the brand-new, state-of-the-art Civic Auditorium. This largely black community of residential homes and black-owned businesses was paved over, and Hollywood royalty occupied the space once a year for one of the most exclusive events in the city. The Oscars were held at the Civic auditorium for seven years, from 1961 to 1968.

In setting the example for residents, the city selected one of its own unsightly areas to begin the cleanup and elimination of unsightly structures.

R. G. Carrington, building officer and chairman of the cleanup committee, said: “We hope that residents in other localities of the city will, join the program and begin cleaning up vacant lots unsightly accumulations of junk and old buildings…” 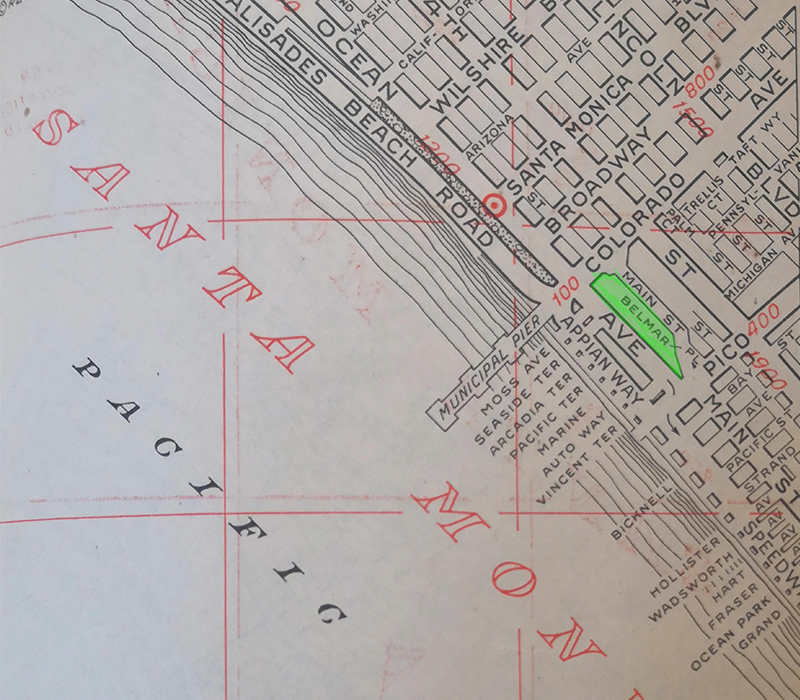 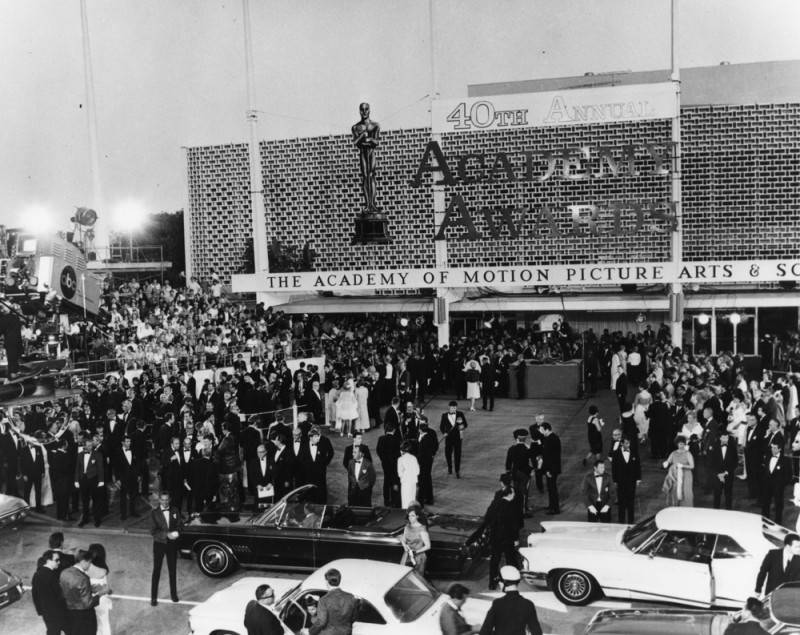 Some of the most prominent black-owned businesses located on the Belmar Triangle:

La Bonita Cafe, bathhouse and room rentals
1811 -1825 Belmar Place, in different configurations from 1910s to 1950s
Arkansas Tavern Inn Cafe
Belmar Place and Trolley Way, 1930
Everybody Cafe
408 Pico Blvd., 1940s
Allen Maintenance and Janitorial Service
Southeast corner of Fourth Street and Pico Blvd., 1949 to 2005
Dr. Marcus O. Tucker, MD
424 Pico Blvd. at the Tucker Medical Building, 1940s until he died in 1944;
another doctor took his over practice and stayed in the building
Dr. George E. Hurd, DDS
also had his office in 402-B Pico Blvd. in in the late 1930s
and in the Tucker Medical Building from 1940 to the late 1940s
Research into black-owned businesses in the Belmar neighborhood courtesy of historian Dr. Alison Rose Jefferson.
Please visit https://alisonrosejefferson.com to learn more about her research and publications.

Entrance of the Santa Monica Civic Auditorium as stars arrive for the 40th Annual Academy Awards on April 10, 1968, of which Bob Hope was the host. Santa Monica Library Collection.

When the 10 Freeway was built in the 1960s, it tore the Pico Neighborhood in two and left a deep scar that has never fully healed. Friends and families moved and the landscapes changed, the earth was picked up and spread around and became unrecognizable. We look from above the overpass and watch as cars zip across the land that once held a home and a family. The faint sound of laughter is heard in the distance as the tall pine that would sway in the wind of the lost open field. We were looking for the lost streets of Frank Place, and High Place, which held the homes of 3,000 black and brown neighbors. They are no longer there.

In 1957, responding to the need for high speed and mobility, the affluent class pushed the would be Beverly Hills freeway to cement itself in the community of Santa Monica. With the use of eminent domain the state bought up the houses that occupied the route as was needed, to connect downtown to the PCH. The freeway finally reached Santa Monica by 1964, and many families were displaced from their community. The Freeway was fully completed in January 1966, but its effects reverberated for many years. The concrete structure now sits on top of a neighborhood lost but not forgotten. 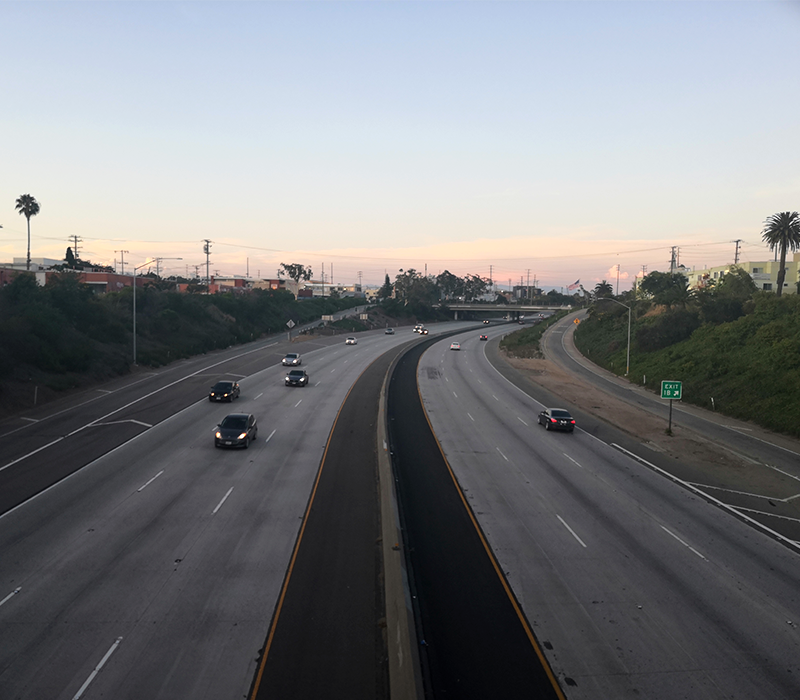